Bartenders Reveal 24 Things You Should Never, Ever Do at Bars... 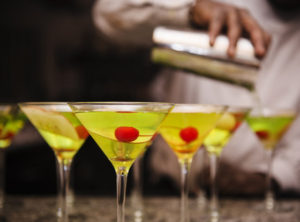 We were almost at the point of tears reading this article!  We could not resist sharing it with you lovely people!  Sit back and brace yourself!  Every time you wanted to punch a customer in the face is here in a list!!!  Jenna Mullins, well done..

Yay for alcohol! Yay for drinking! Yay for blurry Instagram photos of you and your “crew” having a night out!But mostly, yay for bartenders! They are the ones who give us drinks, and there are certain rules and guidelines (some unwritten, some that should just be common sense), that every bar patron should follow.Thankfully, the bartenders of reddit revealed a list of do’s and do not’s when it comes to public drinking. Here are 24 things you should never, ever do when you go out to the bars, plus some tips and tricks to make everyone’s experience less hellish:
1. Don’t plead for drinks after closing time

There’s a reason that Semisonic‘s “Closing Time” is blasting through the bar right now. Take the hint.
2. Don’t take fruit from the fruit trays meant for drinks

Ew. Nobody wants your fingers touching the lemons that are supposed to go in or on a glass.
3. Don’t rip up coasters or labels and leave the scraps all over the floor or bar

Someone has to clean that mess up.

4. Don’t throw your money or ID on the bar when the bartender has his/her hand out for it

That’s just a d–k move.
5. Don’t tell the bartender to make you something “strong, cheap and tastes good”

You can have two out of the three of those things. Rarely can you have all three.
6. Don’t ask for free drinks

Even if you claim to “know” the bartender serving. Don’t ask. And furthermore, don’t throw a fit when a bartender won’t give you the free drinks. If you have ever shouted the phrase “don’t you know who I am?!” then you are probably a server’s worst nightmare.
7. Do specify your drink of choice before anything else

“If you want a specific spirit, say it before the drink name. It’s the first thing the bartender grabs. ‘Ketel One Martini Up with a twist.'”—math-yoo
8. Do tip

This is hopefully a given, but unfortunately for some people this is a reminder.
9. Don’t cut in line

Yes, there is a line, and yes, you must abide by it.
10. Don’t ask insulting questions

According to reddit bartenders, those questions include, but are not limited to: “Can you mix a good drink?” or “Can you make mine stronger?” or “Do you even know how to make [insert standard drink order here]?”
11. Don’t snap your fingers

Bartenders are tasked with serving you, but they are not a lowly servant you can treat like a dog.
12. Don’t keep yelling out the bartenders name if you happen to know it

If you somehow find out the name of the bartender and you guys don’t know each other, don’t think you suddenly have a no-fail trick to get his/her attention when they are serving other guests. Screaming their name will not get you served faster. In fact, it’ll probably get you served much, much slower.
13. Don’t hit on the bartenders

“I’m here to work, not date. Besides in a bar full of drunk and available people, why would you want to hit on the only sober one?”
14. Don’t say “I’ll have a beer, please”

Ninety percent of the time, you’ll have to specify what kind of beer so just skip this question altogether and know what type of beer you want.
15. Don’t get too drunk

You’ll be a bartender’s (and pretty much every human’s) worst nightmare. Especially if you are cut off and you become the biggest a–hole in the world when no one will serve you.
16. Don’t stick your garbage in your glasses

Even if you are doing it in an attempt to “help” consolidate the garbage at your table. Someone has to dig your leftover food or soggy napkin out of there. Gross.
17. Don’t wave money at the bartenders

Just don’t. See rule number 11. Basically, don’t do anything rude to get the bartender’s attention.
18. Do know what you want when it’s time to order

Especially if you have been waving wildly at the bartender for five minutes. Know what you want before you make a big stink about not being served.
19. Don’t ask for discounts

Similar for the reasons stated in rule number 6.
20. Don’t puke anywhere else besides the toilet

You are a grown-ass adult, for Christ’s sake.
21. Don’t tell them how to do their job

“But if you nicely ask me to do something different, or if you think I’m doing something wrong I’ll be happy to make the customer happy, just don’t act like you know better.”
22. Don’t ask them to charge your phone behind the bar for you

The chances that your phone won’t get wet are slim, and if you’re drunk, you will probably forget it at the end of the night.
23. Don’t just say: “Surprise me” or “Make me something good.”

Most of the time, it’s not their fault and they can do nothing about it.
Follow these simple guidelines and all will be harmonious in Boozeland!

Bartenders Reveal 24 Things You Should Never, Ever Do at Bars

Yay for alcohol! Yay for drinking! Yay for blurry Instagram photos of you and your crew having …

1 thought on “Bartenders Reveal 24 Things You Should Never, Ever Do at Bars…”